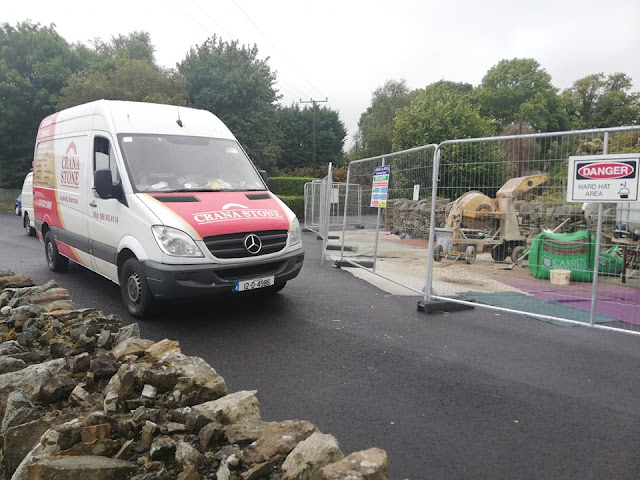 Dear Donor
Fahan Heritage Group wish to keep you updated on progress stabilizing the old abbey gable wall and conserving St Mura’s Cross.To date scaffolding has been erected around the walls and the ivy removed under the watchful eye of John Cronin & Associates Archaeologists, Caroline Dickson Conservation Architect and Foyle Engineering Consultants.
Everyone was pleasantly surprised to find the gable wall in much better condition than expected. However, there are tree branches and roots on either side, which have dislodged large stones such that considerable sections at both sides will have to be taken down, rebuilt and strengthened with anchor rods. Permission has now been granted by National Monuments to proceed with this work. Work began in late August.  It is believed some of the stone from the original St Mura’s monastery have been used to build the abbey walls.
The abbey and cross are currently cordoned off from public access and the cross has been shuttered in a timber casing to prevent any possible damage during these works.
The attached pictures should give an impression of the scale and complexity of the work. For the benefit of those not familiar with the site I have attached a groundplan of the Old Church, pics of the stomework where the cracks once existed, and a pic of the huge tree stumps removed from on top of walls. Conservation work is ongoing at the moment.

John Cronin is currently producing a report on the options to best conserve the cross whether he recommends it be kept in situ and covered to prevent further erosion or it be relocated and a replica put in its place. We await the outcome of his report for consideration.
Again many thanks for your kind donation towards this work.
We shall keep you updated periodically. 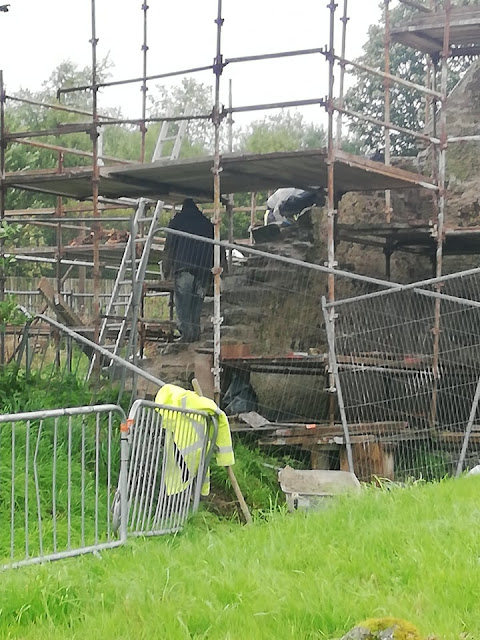 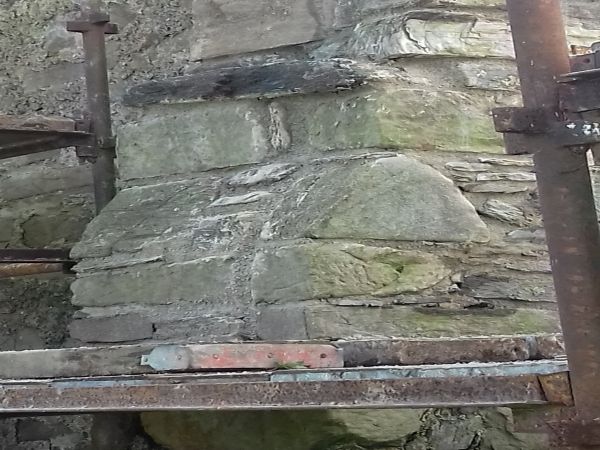 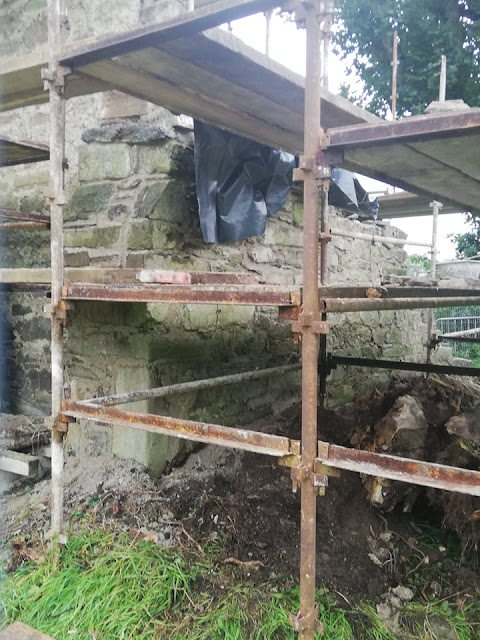 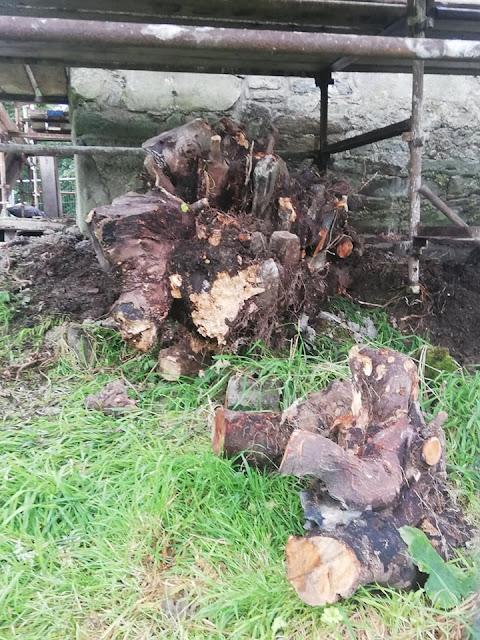 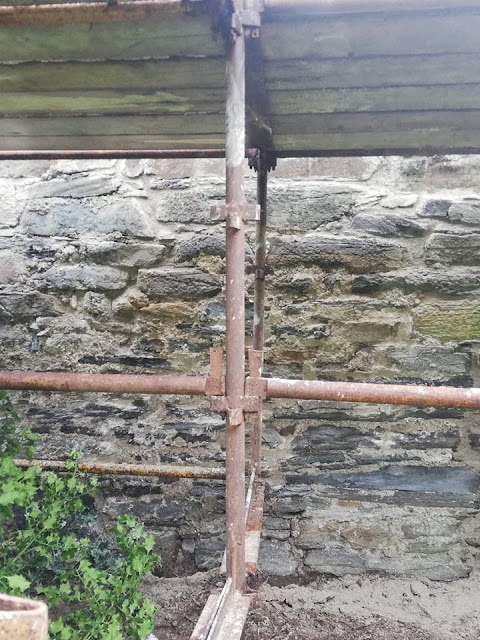 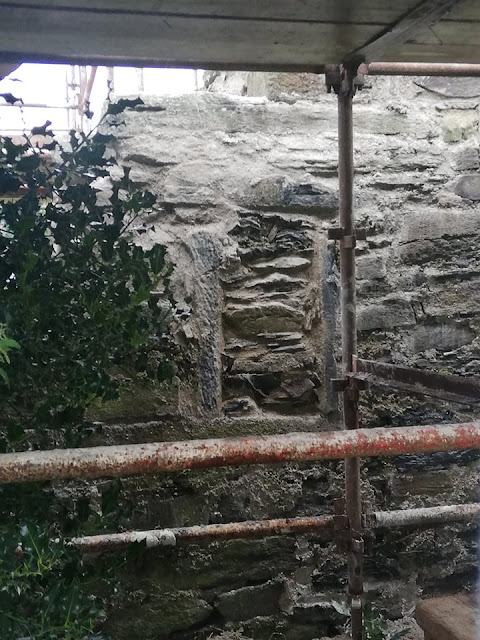 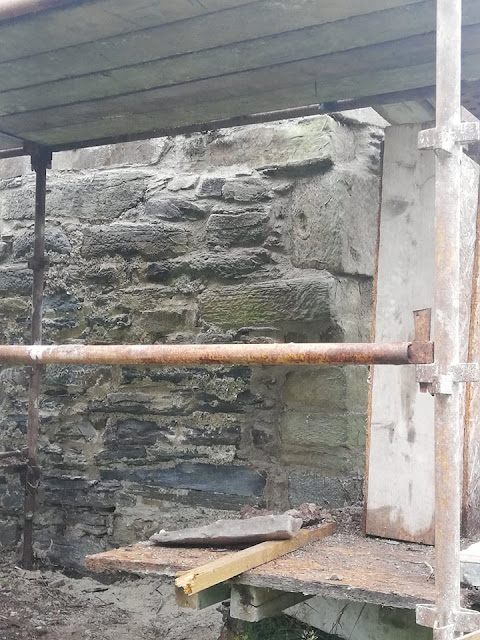 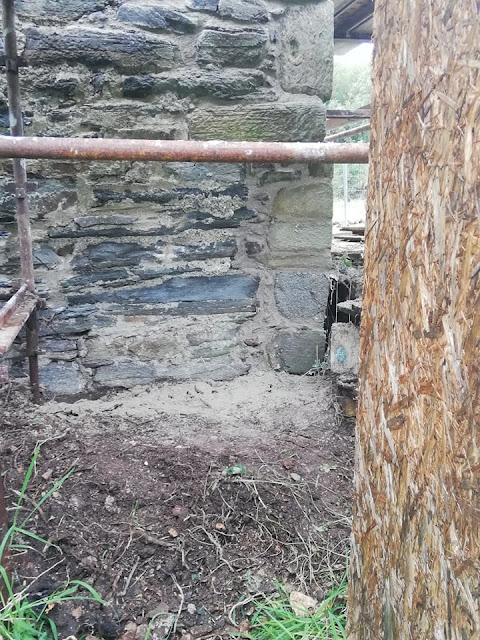 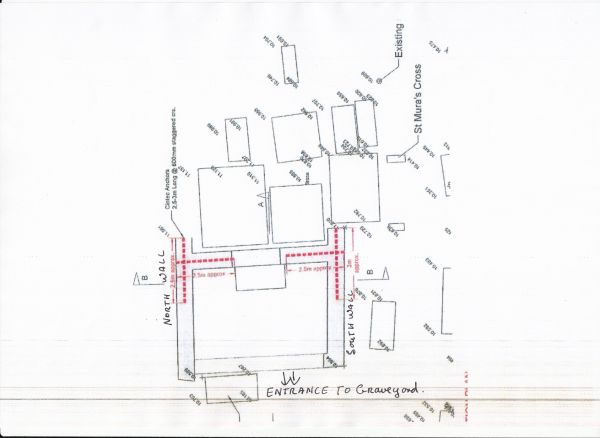