Last weekend, our Public Relations Officer, Kate Heaney, dropped in to The Wallace Collection at Hertford House, London to visit Saint Mura's bell on display there.
Historian, Sean Beattie, wrote the following about the bell - "The Bell of St Mura remained in Fahan parish until after the Great Famine when it was sold to a John McClelland of Dungannon. He exhibited it in the Great Exhibition of 1852 in Belfast. It is made of bronze and is encased in a highly-decorated shrine. The bell was auctioned in 1855 and the Freeman’s Journal described it as “a small antique bronze object”. Sir William Wallace presented the bell to the Wallace Collection in London, with a stipulation in his will that it was not to be removed for any purpose. The centre of the bell shrine is decorated with a large crystal. Various kinds of ornamentation have been added to the bell over the centuries."
Popularly referred to as 'a bell' the piece, in its decorated state, would be unusable. Although small, it would have probably housed a handheld bell, similar to a cow bell, associated with the monastery.
Thanks Kate. Great photos. 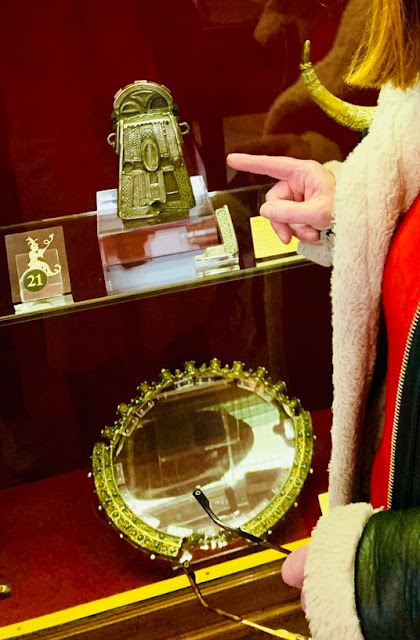 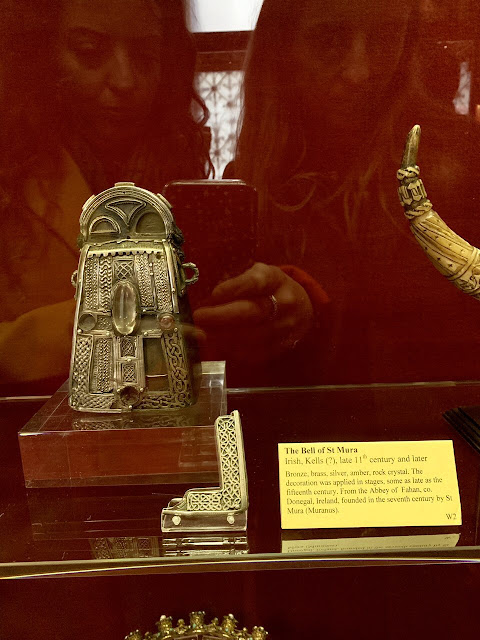 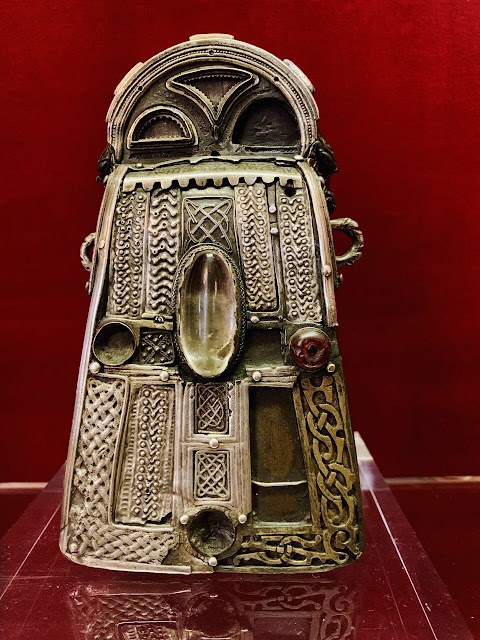